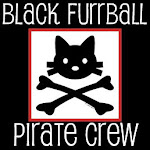 Proud Member of The Gorgeous Gingers

Oh My Catness! How long has it been so Mommy let us post last! WOW!! Over a year?! Mommy has not been a good kitty Mommy lately at all!! However, today is mine Gotcha Day!!!! Three years ago little me came to live with Mommy and Daddy and Dante and Captain Jack (And Samwise and Beaux too). My how things have changed since then - just look!!! 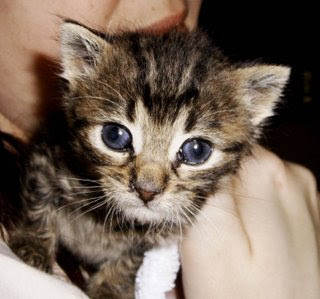 That was me when I was just a wee little lad! In fact, it took me a while to figure out whether I wanted to hang about - for the longest time I was called Little Kitty or LK because I was so very little!! But it was with the help of all of the cat bloggers that I began to feel better (all those purrayers and purrs really meant a lot!!) and so I decided to stay and go to my furrever home. 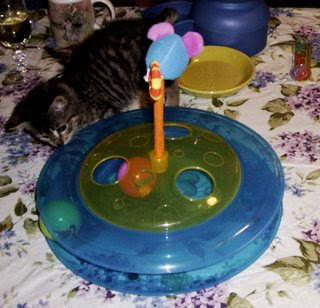 And here I was ony my Gotcha Day!! I was playing with my Cheese Chase game - oh I loved that game!! Good memories!! 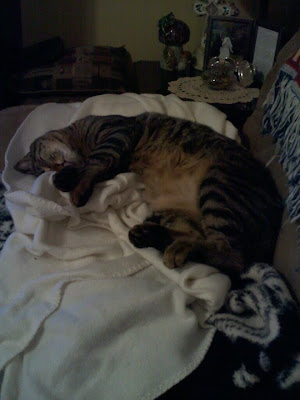 And here I am now, sleeping on the couch. Life is good three years later!! Now if only Mommy would help me to blog more often!! 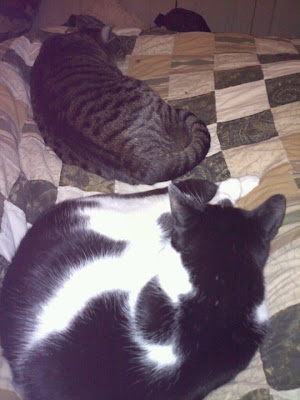 And in case you were wondering, Captain Jack and I know get along wonderfully!
Dante: Fagin! Don't lie!
Okay Okay. Captain Jack and I still do not get along but we are learning to live together.
Thank you for coming to visit on my Gotcha Day. My wish is that Mommy will help us to blog a lot more. What can I do to make sure she gives me my wish. Any ideas kitties?!?!
Posted by Purrageous Pirates at 9:16 AM 38 comments:

Labels: Fagin, Fagin's Gotcha Day, We miss you all Did you miss us? 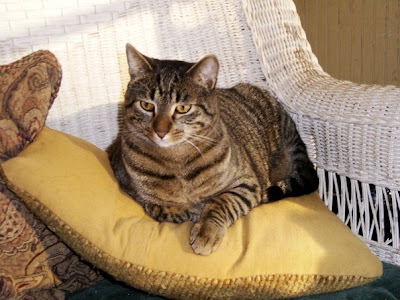 And for his birthday, Fagin has recieved a promise to Mommy to help us blog again. YAY!!! We hope our old friends remember us and we look forward to making some new friends too!!

Oh, it's Mommy's birthday today too. Happy Birthday Mommy!
Posted by Purrageous Pirates at 12:01 AM 72 comments:

As you know, our new Cabin Boy arrived a couple of weeks ago. Since then life has really changed around here - you would not believe how loud little humans can be - especially at 3am! Since Mommy and Daddy are so busy with the new baby, we've decided that real mancats help out with their little humans. 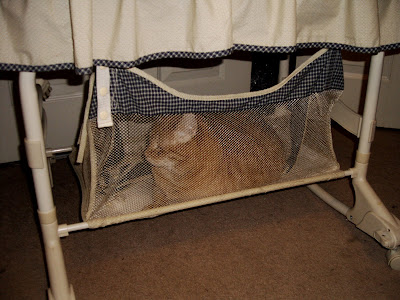 Right now Cabin Boy is sleeping in a bassinet in the big room with Mommy and Daddy. Dante was afraid the bassinet might float away and carry the Cabin Boy off so he has taken to sleeping in the storage basket underneath. Also, this way the brave First Mate can defend the baby against all attackers! Dante is certainly a fierce mancat!! 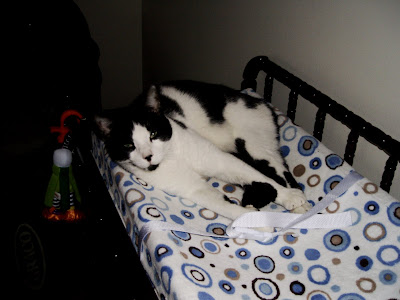 Captain Jack is helping out by guarding Callum's new room since he is not in it yet to protect it himself. As you can see, the fierce Captain is sacrificing his own self and comfort by sleeping on the pad on the changing table. Also, he has to make sure that its comfortable enough for our Cabin Boy to be laid on. Captain Jack is one brave kitty!! 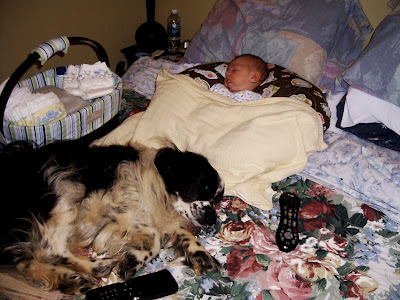 Finally, brave Samwise is also helping out by guarding Callum night and day. Here he is sleeping alongside our little one to keep all of the bad dreams and nightmares away. Samwise is certainly an inspiration to all mancat woofies the world over!
Posted by Purrageous Pirates at 8:41 AM 19 comments:

The kitties and crew of the Black Furrball are pleased to announce the arrival of our Cabin Boy, Callum Andrew. Callum was born on November 25, 2009 at 5:54am. He weighed 8lbs, 8 ounces and was 21 inches long. 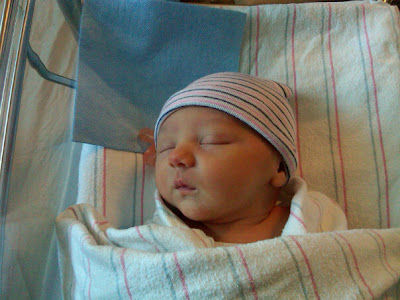 Here he is sleeping in his bassinet in the hospital. Isn't he cute? 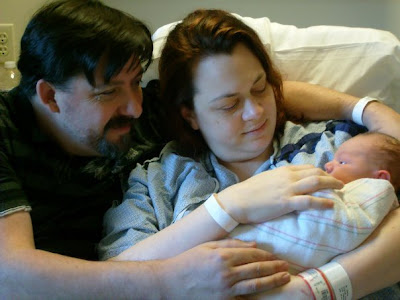 Here is a portrait of all of the human members of the Black Furrball. This was taken the day after Callum was born while Mommy and Daddy were still in the hospital with Callum. They were actually there for 5 days but it was okay because Uncle Dave came over lots to take care of us. 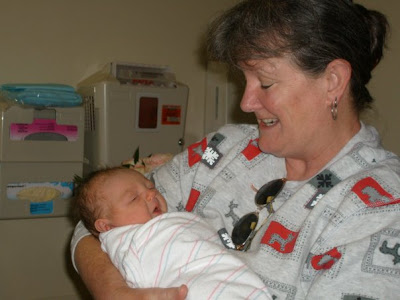 No member of the Black Furrball is consider ship shape and ready to sail without an examination from our personal V-E-T Aunt Susan. From the look on her face, he seems to have passed. Aunt Susan is little Callum's godmother. 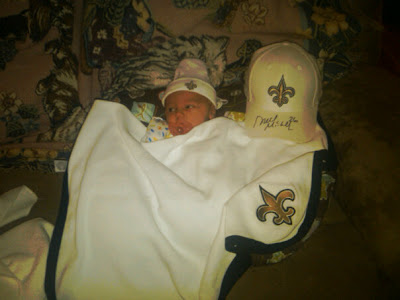 Daddy took this picture Monday night while we were watching the Saints game. Callum enjoyed his first Saints game a lot!!

We are doing very well with all of the changes of bringing Cabin Boy home. Mommy and Daddy are making sure that we get paid attention to as much as possible. Daddy brought home a blanket of Callum's the day before he came home so we could get used to the new smells of the baby and Mommy has let us all look at him too. The only problem is Captain Jack and Dante both want to sleep in Callum's bassinet but other than that, things seem to be going quite well. Thank you all for your well wishes - we really appreciate them all!!
Posted by Purrageous Pirates at 7:10 AM 25 comments:

It's Getting Exciting Around Here!

Heya kitties! As most of you are pretty aware, our Mommy has a kitten in her tummy that will be coming out soon. Cabin Boy, as we call him, is due any day now and things are getting very exciting around our house!

On Saturday Nana and Grandpa came over and brought the coolest thing - a glider chair! Mommy says it's to rock Cabin Boy in but as you can see from the picture, Captain Jack disagrees. It is now his favorite place in the house and Mommy and Daddy will rock it for him while he is laying on it and he just adores it! We do not know if he will share with Cabin Boy or not; we think he considers it his own pirate booty. Nana and Grandpa also brought over a cradle swing for Cabin Boy. Mommy says they are going to put the Captain in it and turn it on to see if he likes that rocking but Daddy is afraid he will like it too much and take it over too.

Mommy told us today that her very last day day hunting for a while is Wednesday. We is very excited that she will be home with us for a few weeks - 12 of them to be exact! YAY!!

Samwise is very excited that Thursday is Turkey Day. It is his absolute favorite holiday because he gets a ton of turkey which is one of his favorite foods. Mommy and Daddy were not going to take him to Nana and Grandpa's this year, just in case Cabin Boy decides to come (Mommy's nurse says the busiest day of the year for having babies is Thanksgiving), but Nana assures her they will bring Samwise home so he gets to go and have turkey and ham and dressing and all the good foods. He is so excited that he cannot wait.

The Purrageous Pirates are pleased to announce that Tybalt's blurpy has arrived!! Chloe Renea was born a little after 6pm tonight and weighed 6lbs, 14.7ozs. She was 20 inches long. Mommy talked to their Grandmama and both baby and Mommy are doing wonderful!! YAY!!!!!
Posted by Purrageous Pirates at 8:53 PM 9 comments:

For this Mancat Monday, we have two mancat guidelines to discuss. The first will be presented by Captain Jack!

Captain Jack: Real mancats know how to show their true feelings. You see, our Nana and Grandpa came over Saturday to bring some things they had picked up for the Cabin Boy. Well, there were some snuggly blankets in what they brought that just had to be for me, right? So I decided to thank Nana by climbing up on her lap and making biscuits as hard as I could. I had to show my appreication, right? Can you believe that she tried to push me off and said "Jack, that hurts!" I was most displeased so to show her how angry I was, I had to put the bitey on her hand. That will show her not to let me show her my thanks in future, right?

Uh yeah, Captain, whatever you say, just don't bite us!

Our second mancat guideline is that all real mancats know how to get the 5 star treatment. You may remember us telling you about the black cat that showed up on Aunt Susan and Uncle Dave's front porch this past Halloween. Well, Mommy was over there last night and Hootie, as they are calling him, was still there! He refuses to stay in the house though so Aunt Susan made him a right snug little nest on the front porch complete with heating pad for when it gets cold. And he is a real mancat as he knows how to get attention. Mommy walked by the front door and he meowed and headbutted the door until Mommy came out outside. She sat on the glider on the porch and Hootie jumped up into her lap (not easy with the Cabin Boy due any day now) and purred and headbutted her. She tried to snap a picture of him but he would not cooperate, preferring to be petted and worshipped to being photographed. Mommy says he is one of the sweetest kitties ever and the good news is his leg is better (Aunt Susan examined him and X-rayed him and even had another V-E-T that she works with look at him and they cannot see an injury or deformation so hopefully its just a sprain that will heal on its own) and that he combo tested negative. Aunt Susan said she will try to find him a forever home soon, but that he is quite snug on their porch until then. He is well on his way to being very spoiled because if there is anything Aunt Susan does well, its spoil kitties and woofies...that and making them healthy and well too - just ask Fagin!
Posted by Purrageous Pirates at 12:59 PM 5 comments: